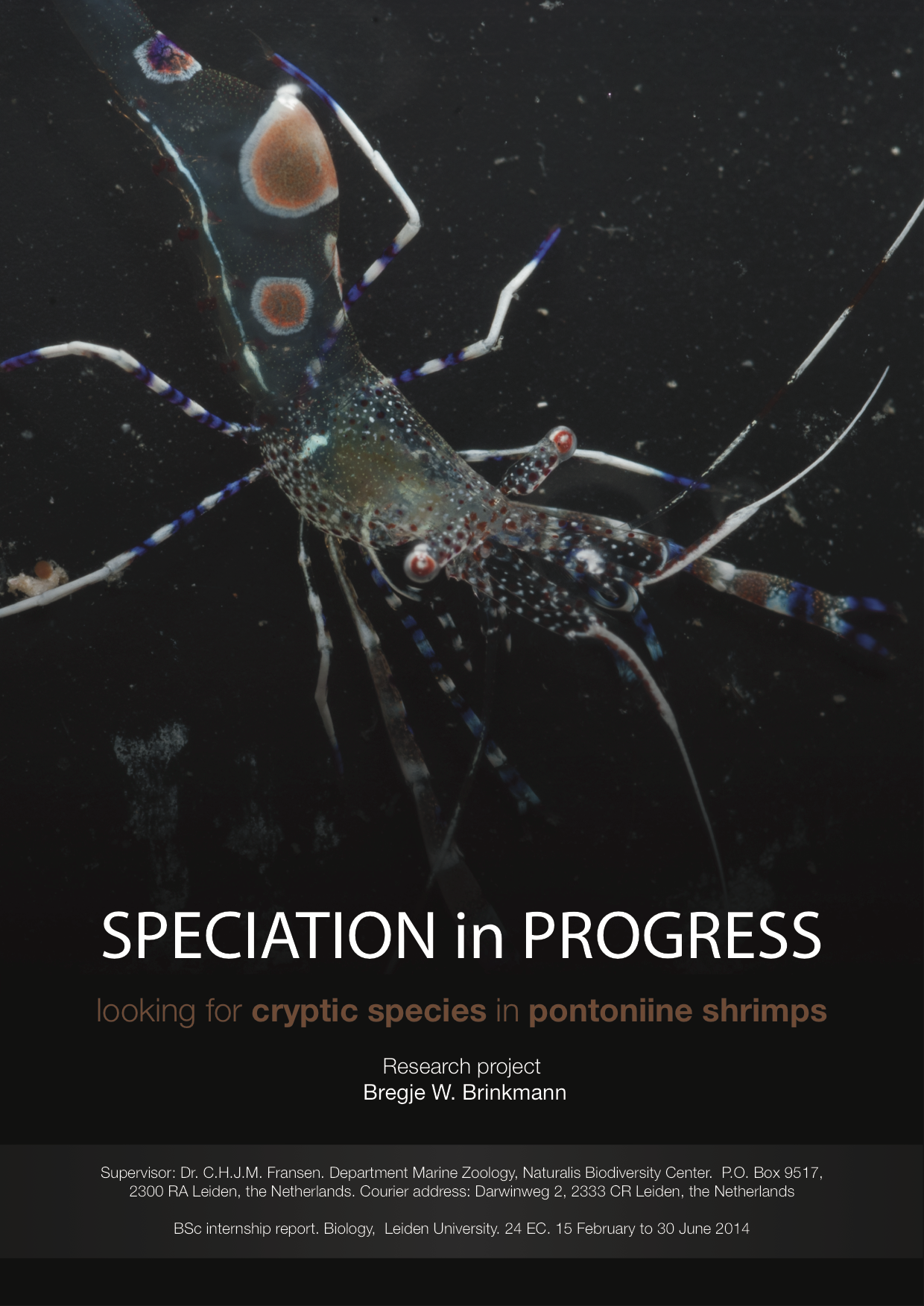 Pontoniinae Kingsley, 1879 is a subfamily of caridean shrimps occurring from shallow waters to deep seas in temperate to tropical regions all over the world. At this moment, 152 genera including 604 species are assigned to this subfamily. However, hidden cryptic species, ubiquitous among marine taxa, cast doubt on the currently recognized species boundaries. Here, partial COI, 16S and H3 sequences were obtained from 41 shrimps to infer the phylogenetic relationships among three groups of Pontoniinae. By way of maximum parsimony and maximum likelihood analyses conducted in Mega5.1, it was expected 1) to reveal a new coral (Dendrogyra cylindrus) associated shrimp species closely related to Periclimenes rathbunae; 2) to unravel if Periclimenes sandyi and Periclimenes colesi belong to the same species and 3) to infer if eastern and western Atlantic shrimps of the genus Pontonia were reproductively isolated by the Atlantic Ocean. It was found that 1) single-gene COI, 16S and H3 phylogenetic reconstructions clustered the coral associated shrimps with P.rathbunae with a mean genetic distance of only 0.412 to 1.191%; 2) differences in morphology used to discriminate P.sandyi from P.colesi were not accompanied by phylogenetic differences; 3) phylogenetic reconstructions based on 16S sequence data distinguished an eastern Atlantic specimen of Pontonia manningi from western Atlantic P.manningi specimens with a considerable genetic distance (10.863%) but without (proper) statistical support. A moderately supported split of amphi-Atlantic sister species Pontonina mexicana and Pontonia pinnophylax was estimated to occur 2.5-7.0 million years ago. These findings demonstrate that 1) the shrimps hosted by Dendrogyra cylindrus belong to the species P.rathbunae; 2) the distinction between P.sandyi and P.colesi is not reproducible; and 3) it cannot be excluded that the amphi-Atlantic species of the genus Pontonia potentially interbreed. Thus, despite the initial goal of this research project, no cryptic species were identified with great certainty. Instead, Dendrogyra cylindrus was identified as a new host for Periclimenes rathbunae.