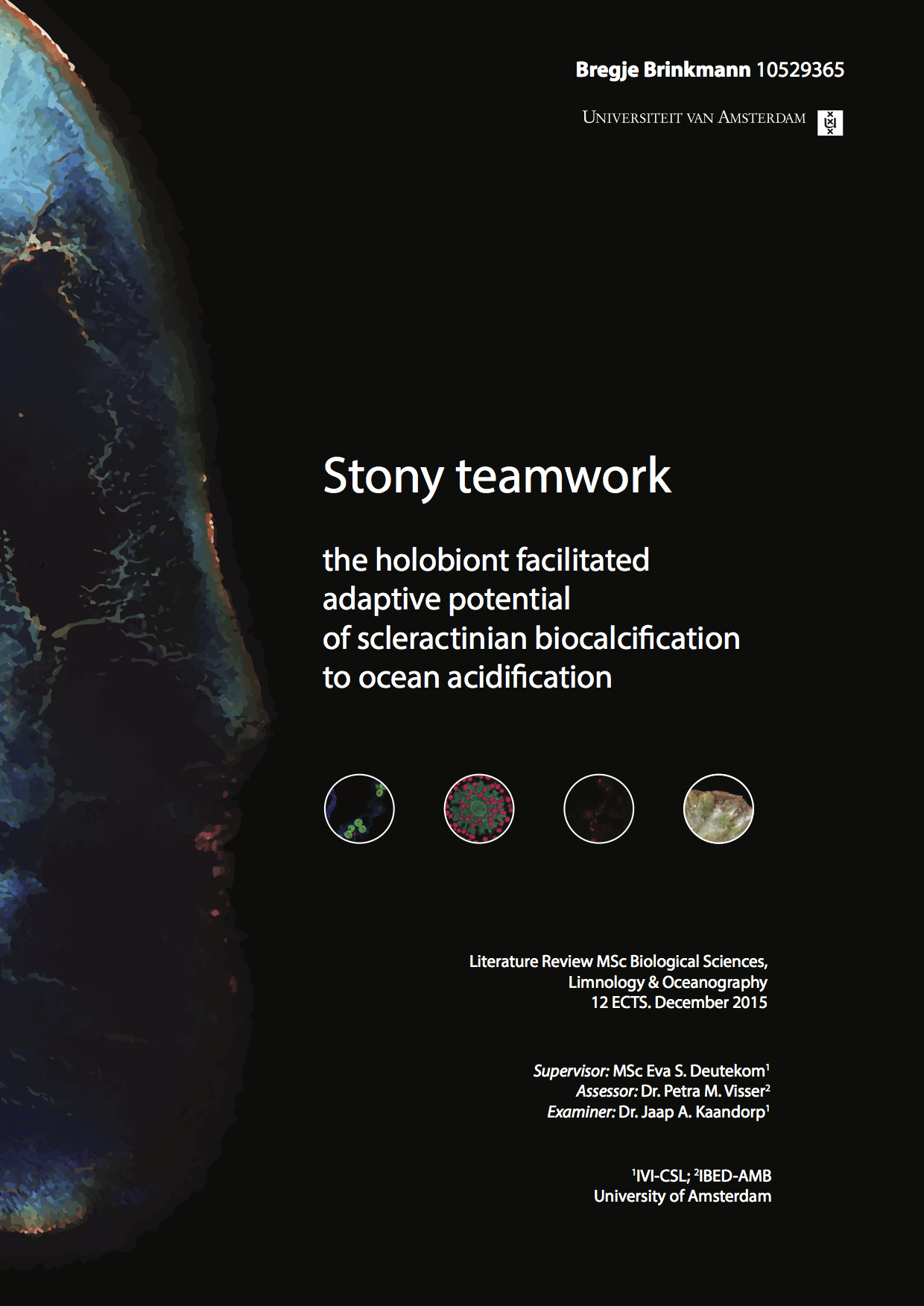 The advent of experimental techniques is changing our perspective on coral biology. Corals are increasingly regarded as part of microbial networks of symbiotic interactions, modulating coral health and adaptation. Nevertheless, the great diversity of coral symbionts has still not been linked to one of the major challenges at the reef: the formation and maintenance of calcium carbonate (CaCO3) deposits in an acidifying sea. This review aims to explore the possibilities of coral symbionts to compensate for the adverse affects of ocean acidification (OA) on coral calcification. First, it is characterized how OA affects coral calcification. Next, it is investigated how symbionts can interact with coral calcification. Finally, the potential of coral symbionts to aid to coral adaptation is evaluated in the context of the hologenome theory of evolution. No single consensus mechanism for the adverse affects of OA on coral calcification could be identified, yet the acidification of the calcification site appeared to play a key role. Three possible symbiont interactions were distinguished, including 1) the supply of inorganic reactants and organic precursor molecules to the calcification site; 2) the removal of inhibitory phosphates and protons from the calcification site; and 3) the enhancement of coral respiration via the secretion of oxygen and photoassimilates. Especially bacteria and zooxanthellae were found to fulfil conditions to hologenome evolution, that is, bacteria and zooxanthellae have been reported to 1) contribute to substantial variation in holobiont composition; 2) affect holobiont fitness; and 3) associate in a coral species-specific way, indicating these symbionts are transferred to subsequent holobiont generations with fidelity. As a consequence, the coral holobiont may adapt to OA by 1) alterations in the coral genome; 2) changes in the microbial genome; 3) the acquisition of novel symbionts and 4) the amplification of favorable symbionts and the loss of detrimental symbionts.